Share:
comment
The total import-export turnover of Việt Nam has surpassed US$400 billion, according to the General Department of Customs.

Total import-export valuer eached $403.05 billion from the beginning of the year to October 15, a year-on-year increase of 8 per cent, equivalent to an increase of $30.02 billion over the same period last year.
The department said that in the first half of this month, total import and export value reached nearly $21 billion, down 12.8 per cent compared to the second half of last month. 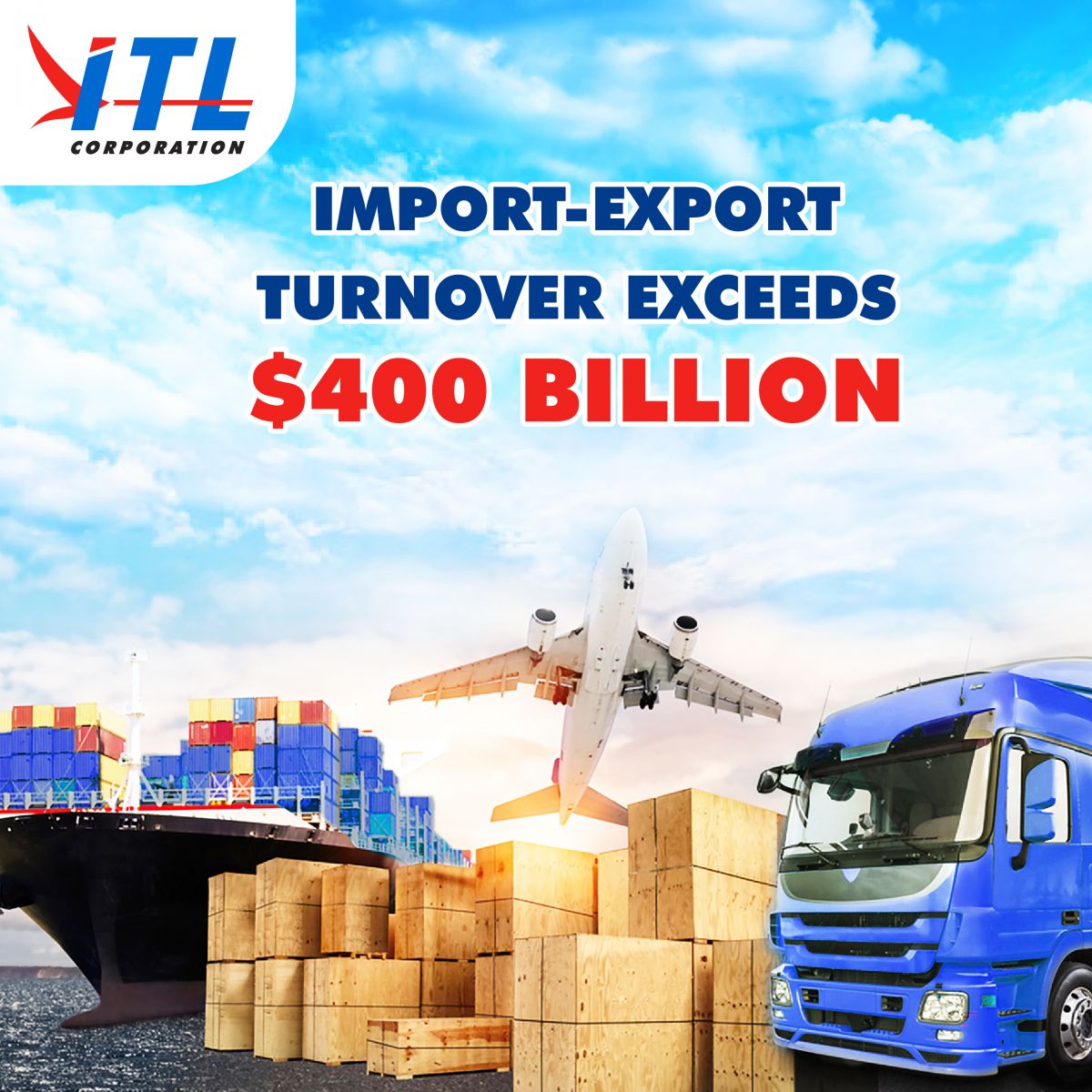 Although Việt Nam recorded a trade deficit in the first period of this month, the overall figure for the year up until October 15 was a trade surplus of $6.83 billion.

Total export value in the first half of this month reached $10.31 billion, down 18.9 per cent, $2.4 billion less than the last 15 days of September.
Exports in the first half of October decreased in some major commodities including mobile phones and spare parts, computers and components, and textiles and garments.

Imports in the 15 days reached $10.68 billion, down 5.9 per cent or $674 million from the last 15 days of last month.
Compared to the second half of last month, imports decreased in some items such as computers, electronic products and components, telephones and components and crude oil.

From the beginning of the year to the end of October 15, total export value reached $204.94 billion, up 8 per cent, equivalent to an increase of $15.18 billion over the same period last year.

Experts said that the country's exports would continue to grow with the main motivation from traditional industries such as textiles, footwear and furniture.

Besides, exports often increase in the last months of the year as this is the peak period for shopping for consumer goods during holidays at the end of the year.

Looking at the past performance results, the goal of achieving turnover of $500 billion this year was entirely feasible, experts said.
Source: vietnamnews.vn
Share: