Share:
comment
Pegatron Corp, a supplier for Apple, Microsoft and Sony, plans to invest $1 billion in an electronics manufacturing plant in northern Vietnam.

The Taiwanese company will invest $19 million in the first phase at the Dinh Vu Industrial Zone in Hai Phong City to produce computing, communications and consumer electronics, according to a recent report by the Ministry of Planning and Investment submitted to Prime Minister Nguyen Xuan Phuc. 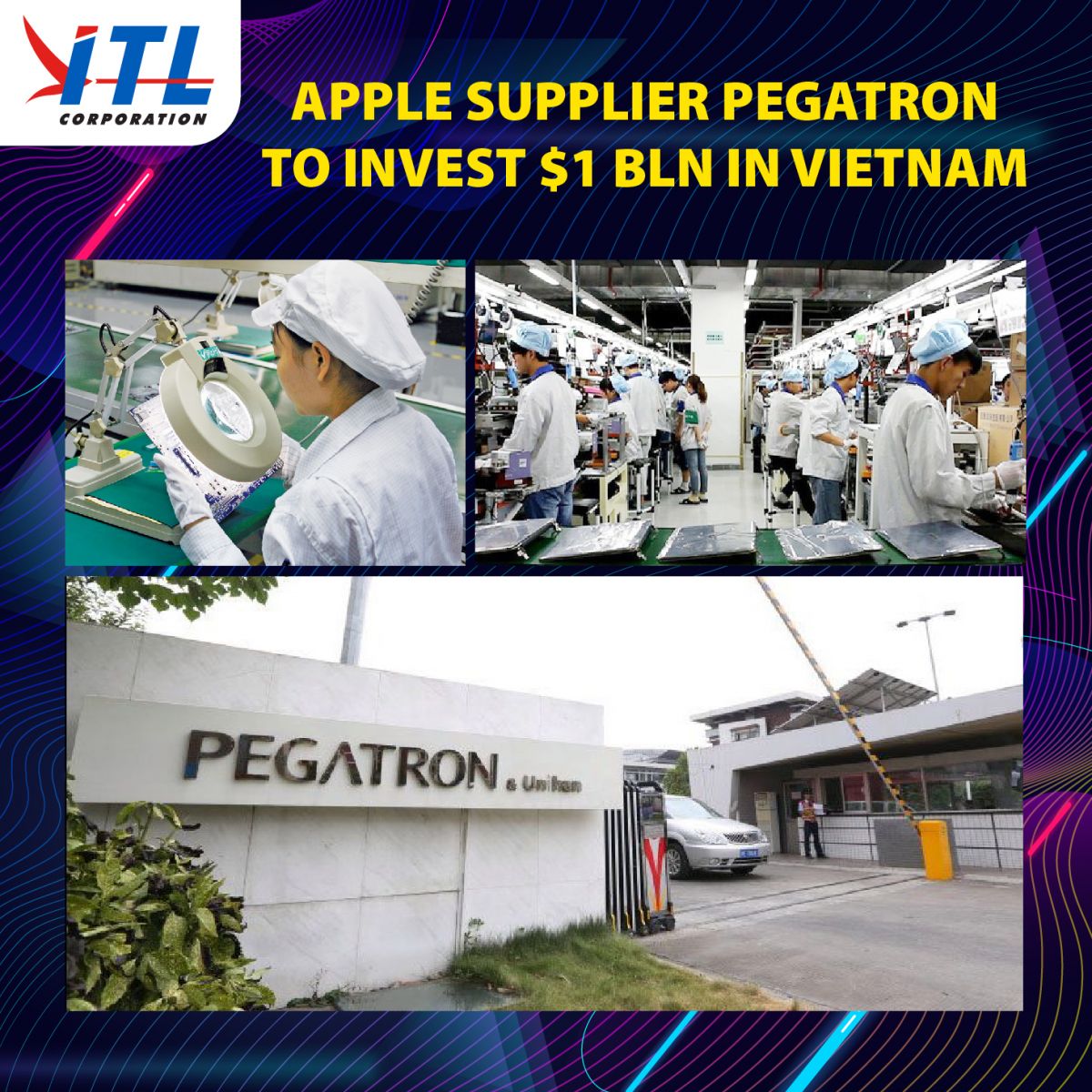 It has received licenses for this and is seeking licenses for the $481-million second phase. The two phases will create 22,500 direct jobs and contribute around VND100 billion ($4.3 million) annually to the government’s coffers. Pegatron would invest another $500 million in the plant in 2026-2027. It seeks to move its research and development center from China to Vietnam at a suitable time.

The ministry said it is working with another Taiwanese company, Universal Global Technology, which produces smartphone and earbuds parts for Lenovo and Sony, to set up a manufacturing plant in Vietnam.
The company, a subsidiary of semiconductor maker ASE Technology Holding, is considering investing $400 million in two phases.

These are among major companies seeking to shift production facilities from China to Vietnam as they seek to diversify their supply chains following the huge disruptions caused by the Covid-19 pandemic and trade tensions between China and the U.S.

Apple has begun making its wireless earbuds AirPods Pro in Vietnam, and its contract manufacturer Foxconn said in June that Vietnam was its largest manufacturing hub in Southeast Asia.

Fifteen Japanese companies, mostly producers of medical equipment and electronic components, registered in July to move their production from China to Vietnam under a Japanese government-funded scheme.