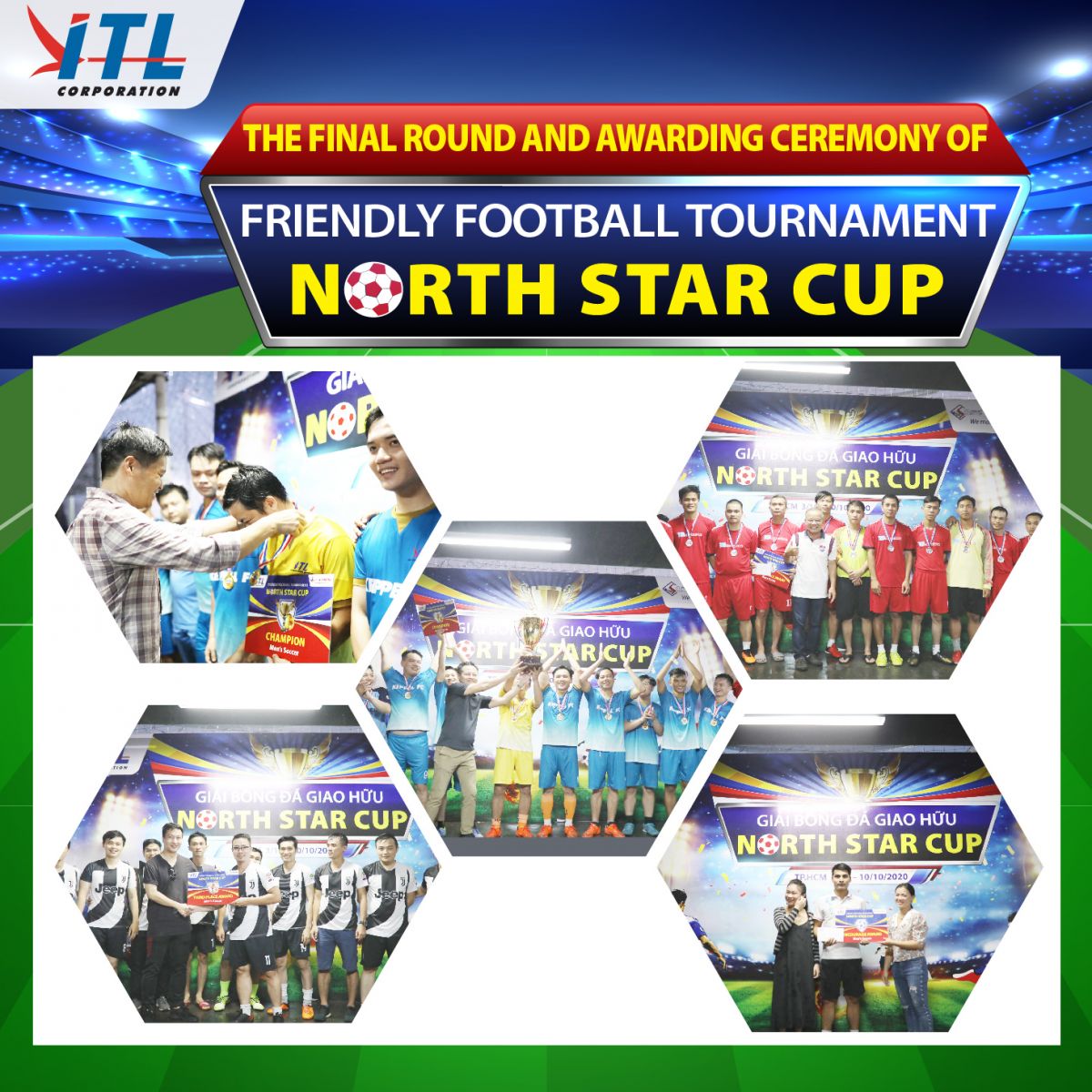 The Final Round  of Friendly Football Tournament - NORTH STAR CUP witnessed a strong competition between the two strongest teams of the season: Keppel and Sowatco. With a convincing 5-1 victory, Keppel officially won the Champion of NORTH STAR CUP 2020. Before that, ITL and Sotrans Logistics teams had a dramatic and thrilling battle competing for the Third place with the result of 6 - 0 for ITL.

Speaking at the Awarding Ceremony of NORTH STAR CUP, Mr. To Hoang Anh – VP - Aviation Services of ITL Corporation paid his honor to all football players and the Champion of NORTH STAR CUP. He emphasized: “All the teams participating in Friendly Football Tournament - NORTH STAR CUP have won, winning is for the fair play spirit, for beautiful matches, for the solidarity spirit between ITL Corporation and Sotrans Group”. He also sent his thanks to all the players participating in the tournament, the Organizing Committee, the referees and fans for contributing to a successful and meaningful football season.


The representative of Sotran Group, Mr. Dang Vu Thanh, General Director, member of Board of Directors of Sotrans Group said: “In addition to the Champion of this year's NORTH STAR CUP, we have another champion that is the spirit of solidarity, fair play and friendship. I believe that we will together preserve and develop this tradition in the incoming time".

Spending 16 exciting football matches between the 8 teams with three rounds, from October 3rd to October 10th, 2020, Friendly Football Tournament - NORTH STAR CUP has identified the owners of the awards:

TEAM PRIZE
INDIVIDUAL PRIZE:
At the Awarding Ceremony, some representatives of the Organizing Committee, Heads of BUs of ITL Corporation and Sotrans Group presented the certificates and awards to the winning players and teams.

Congratulations to all the teams!
Thank you to the Organizing Committee, the referees, the enthusiastic fans and all the players of the teams for making a successful, healthy and meaningful tournament happen.
Share: