Share:
comment
In the afternoon of October 26th, 2020, ITL Corporation donated 1 Billion VND to contribute to rebuilding lives for victims in the Central of Vietnam that have been affected in the recent historic floods in the program "Receiving Support and Relief For Flood Victims In The Central of Vietnam In 2020" launched by HCMC Red Cross. Mr. Simon Thuc - VP Human Resources, representative of ITL Corporation presented the token with the amount of 1 billion VND to Mr. Tran Truong Son, Member of the Standing Committee of Vietnam Red Cross, Chairman of HCMC Red Cross. 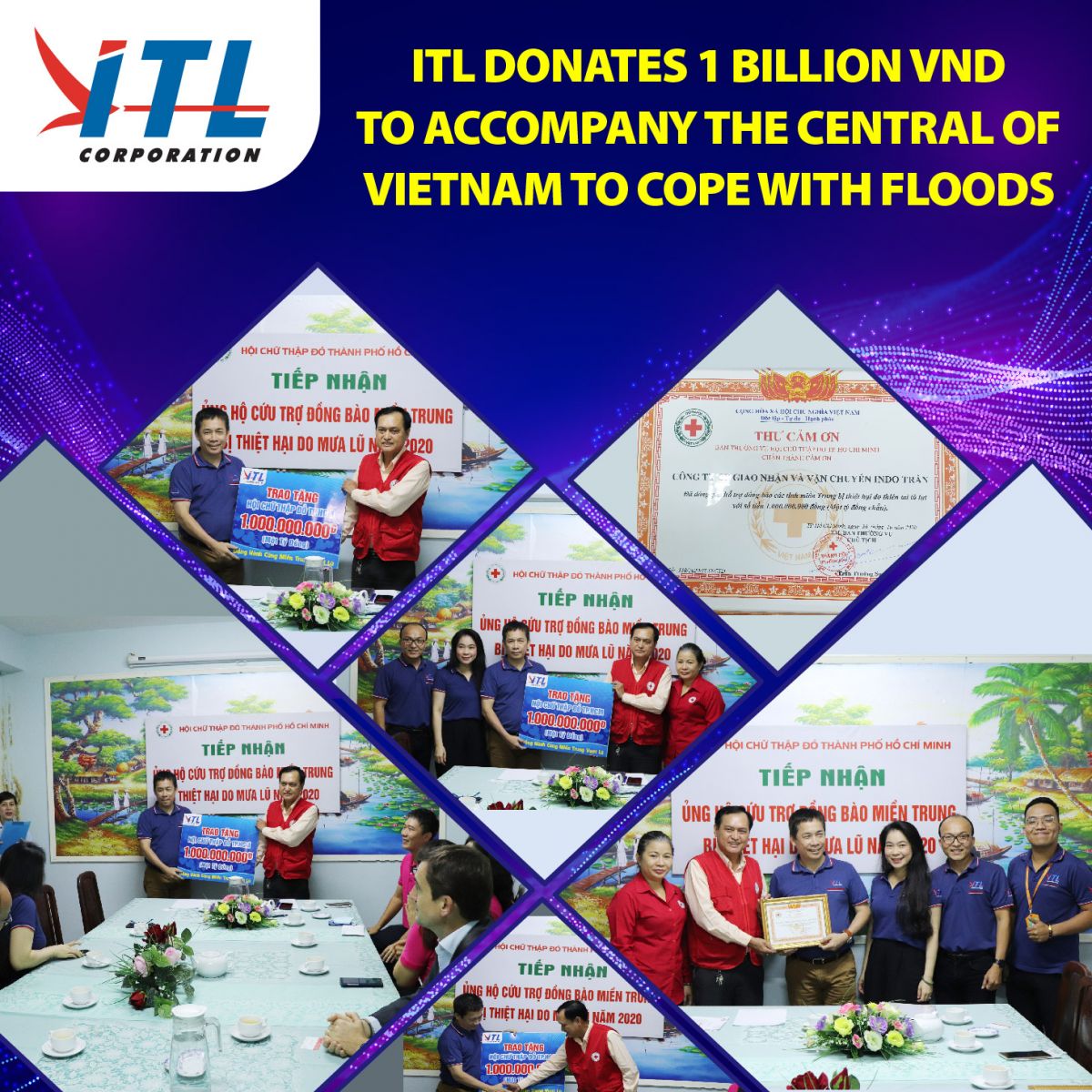 According to the plan, ITL will accompany HCMC Red Cross  to deploy the activities to contribute to rebuilding lives for flood victims  in the Central of Vietnam, such as: Supporting to repair houses; Construction of the public works; Supporting for buying seedlings,  poultry, cattle and capital for production and business; Providing scholarship for students to be back to school; Providing clean water, medical examination and environmental sanitation after floods,... based on the actual needs in the local areas after site checks aiming to express the spirit of sharing and solidarity for the Central of Vietnam and implementing the social responsibility of a leading Logistics provider in Vietnam. 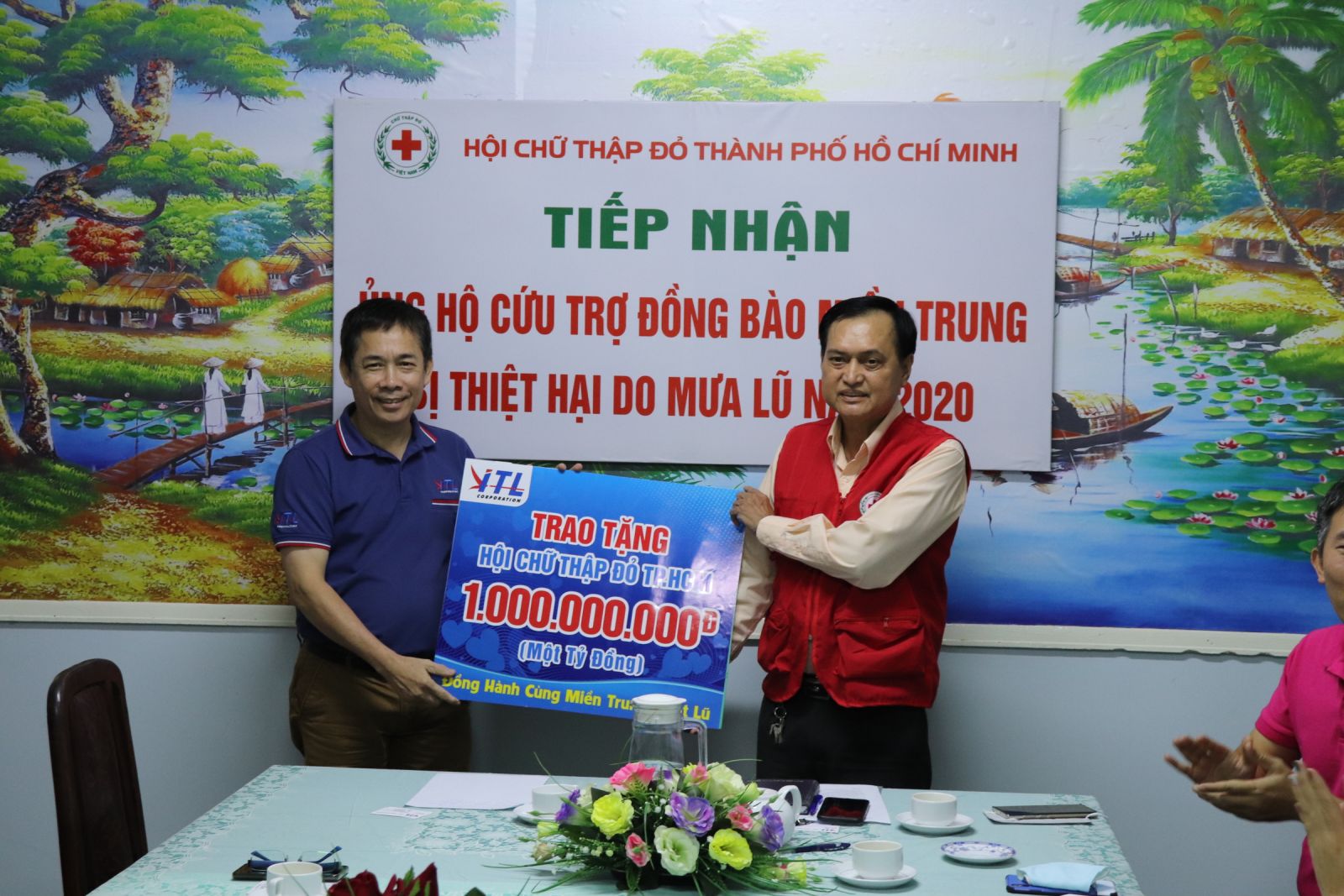 This activity is under ITL CSR Program – Accompany The Central Of Vietnam To Cope With Floods, that has been quickly and timely implemented by ITL to help flood victims in the Central of Vietnam to cope with the historic floods. In particular, the program has received strong supports with the donation of more than 180 million VND from all ITL members. Previously, ITL has also presented the emergency relief with 600 sets of necessities to ensure enough food for flood victims in 4 communes: Loc Thuy, Loc An, Vinh Hien and Loc Dien in Phu Loc district, Thua Thien Hue province on October 19th, 2020. 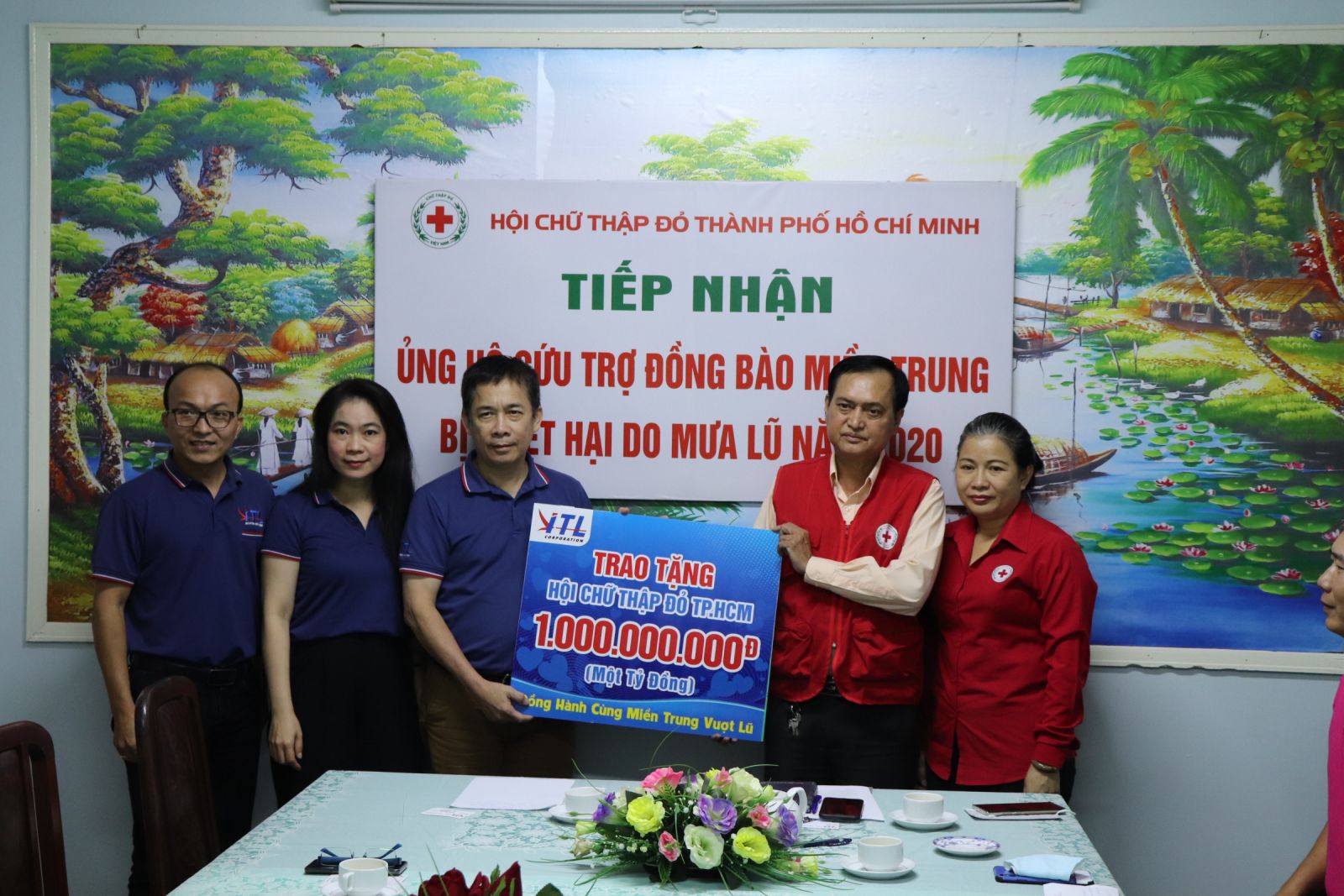 HCMC Red Cross is a reputable humanitarian organization that has launched, maintained and developed many effective models of humanitarian activities with the motto of "Connect, Share and Spread". We expect that with the coordination of HCMC Red Cross, ITL CSR Program - Accompanying The Central Of Vietnam To Cope With Floods will create many positive results to contribute to helping flood victims in the Central of Vietnam to overcome difficulties and to rebuild sustainable  lives.
Share: