Share:
comment
On June 4, ITL organized a meaningful trip to plant 1,000 trees in the program of ITL Family Planting Trees Day in Dong Nai Culture And Nature Reserve with the participation of Mr. Simon Thuc - Deputy General Director, VP Human Resources, Heads of Departments/BUs, managers, ITL-ers and their family members. This is the special trip of ITL in response to the World Environment Day (June 5) 2022 with the theme of Only One Earth.

This special program has created a new milestone in the number of ITL-ers participating in the CSR activity when there are more than 150 ITL-ers and their family members participating in planting trees. 1,000 trees have been planted in the program, contributing to covering green 3 hectares of forest of Dong Nai Culture And Nature Reserve.

At the event, ITL-ers were instructed to plant trees, then all the members planted trees and hung their personal & family name tags on the trees they had planted and taking photos. 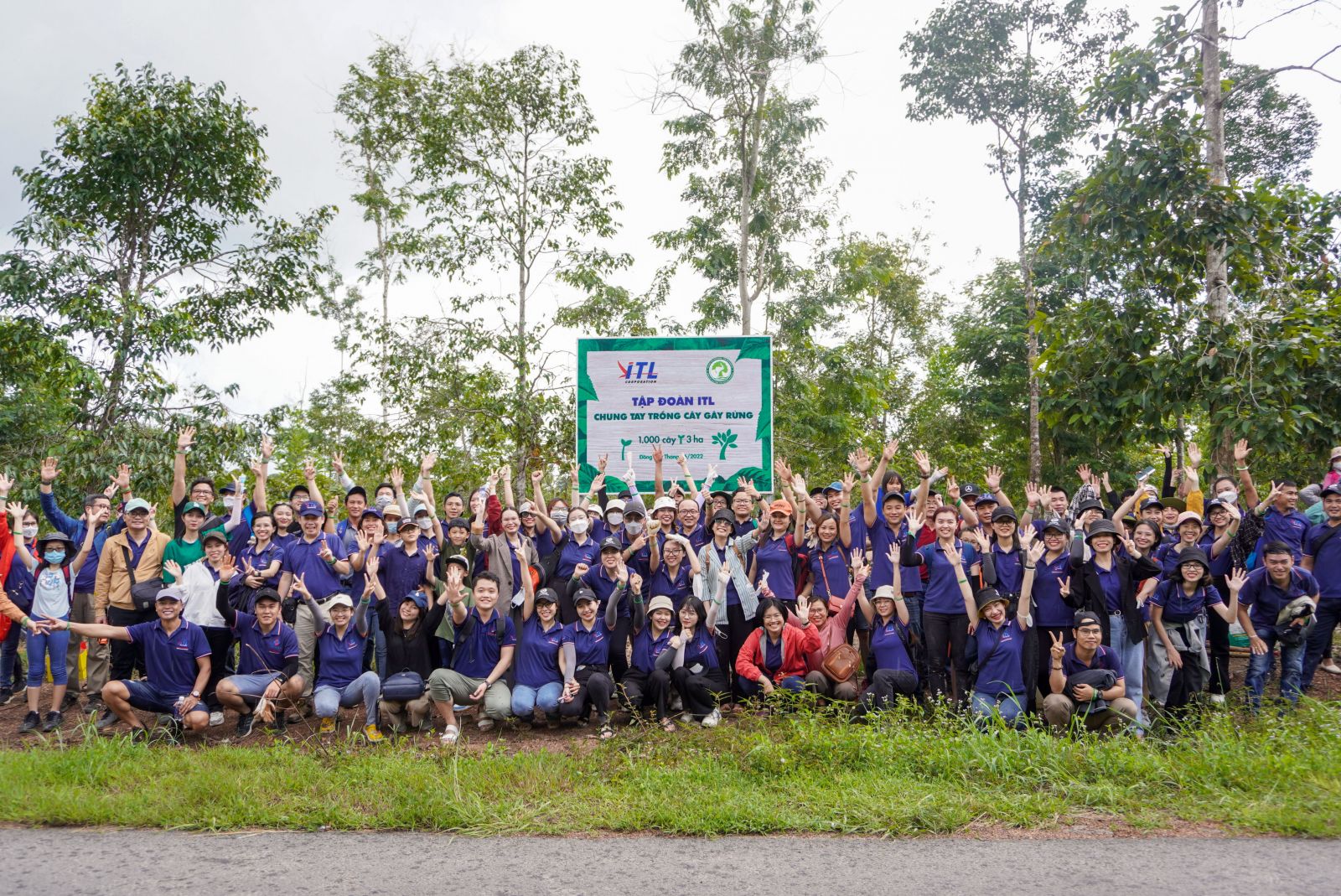 Within the framework of the program, the representatives of ITL Corporation continued to present 80 gifts with the necessities valued at 45 million VND to the poor people in Hamlet 4, Ma Da commune, Vinh Cuu district, Dong Nai province.

In addition, the Organizing Committee awarded the Medals to the winning individuals and teams of ITL Green Race 2022 – Running Competition For The Environment.

Previously, ITL had held ITL Green Race 2022 from March 20th to May 22nd, 2022. For every 15 km, every ITL-er will contribute 1 tree to ITL Family Planting Trees Day and finishers would be awarded the medals for their achievements.
Share: